Neoclassicism and the Antique

The mid-eighteenth century was greatly stirred by two experiences: the rediscovery of Greek art as the original source of classic style, and the excavations at Herculaneum and Pompeii, which for the first time revealed the daily life of the ancients and the full range of their arts and crafts. Richly illustrated books about the Acropolis at Athens, the temples at Paestum, and the finds at Herculaneum and Pompeii were published in England and France. Archaeology caught everyone's imagination. From this came a new style of interior decoration. The Greek phase of this revival proved necessarily limited, as only a narrow range of household furnishings was known at second hand from paintings and sculpture, such as our Crave Stele of Hegeso (fig.

200). When they wanted to work in a Greek style, designers turned chiefly to architecture, whose vocabulary could be readily adapted to large pieces of furniture where it was commingled with Roman elements. Thus it was, for the most part, a classicism of particulars.

The Neoclassical style was epitomized by the work of the Englishman Robert Adam (1728-1792). His friendship with Piranesi in Rome reinforced Adam's goal of arriving at a personal style based on the antique without slavishly imitating it. His genius is seen most fully in the interiors he designed in the 1760s for palatial homes. Because he commanded an extraordinarily wide vocabulary, each room is different; yet the syntax remains distinctive to him. The library wing he added to Kenwood (fig. 874) shows Adam at his finest. Clearly Roman in inspiration (compare fig. 259), it is covered with a barrel vault connected at either end to an apse that is separated by a screen of Corinthian columns. He was concerned above all with movement, but this must be understood not in terms of Baroque dynamism or Rococo ornamentation but the careful balance of varied shapes and proportions. The play of semicircles, half-domes, and arches lends an air of festive grace. The library thus provides an apt setting for "the parade, the convenience, and the social pleasures of life," since it was also a room "for receiving company." This intention was in keeping with Adam's personality, which was at ease with the aristocratic milieu in which he moved. The room owes much of its charm to the paintings by Antonio Zucchi (1762-1795), later the husband of Angelica Kauffmann, who also worked for Adam, and the stucco ornament by Adam's plasterer Joseph Rose, which was adapted from Roman examples (compare fig. 274). The color, too, was in daring contrast to the stark white that was widely preferred for interiors at the time. The effect, stately yet intimate, echoes the delicacy of Rococo interiors (Adam had stayed in Paris in 1754 before going to Rome) but with a characteristically Neoclassic insistence on planar surfaces, symmetry, and geometric precision. 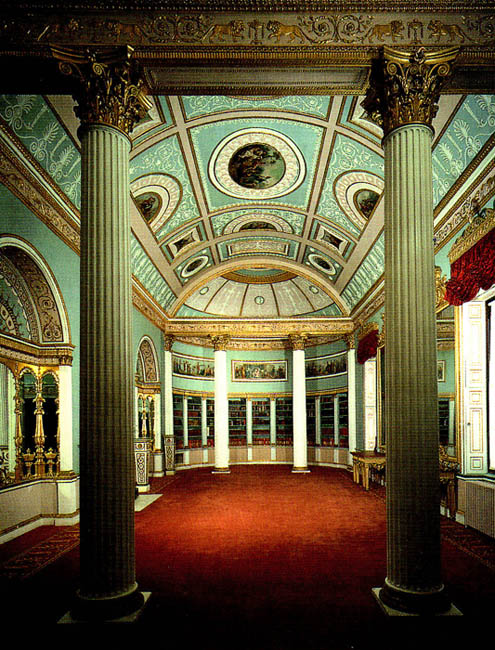 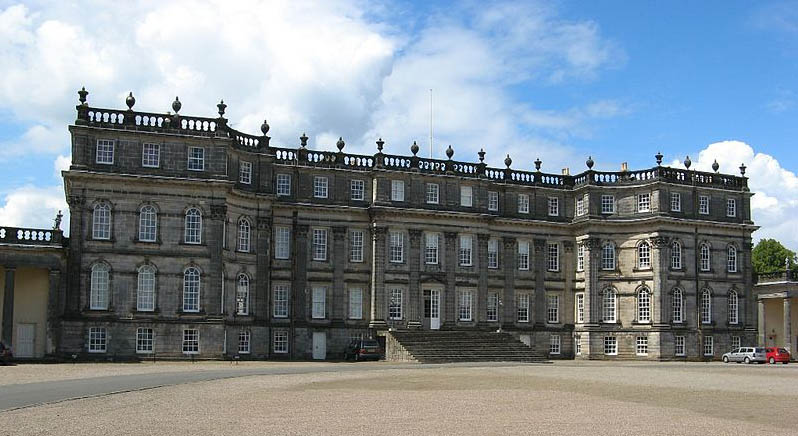 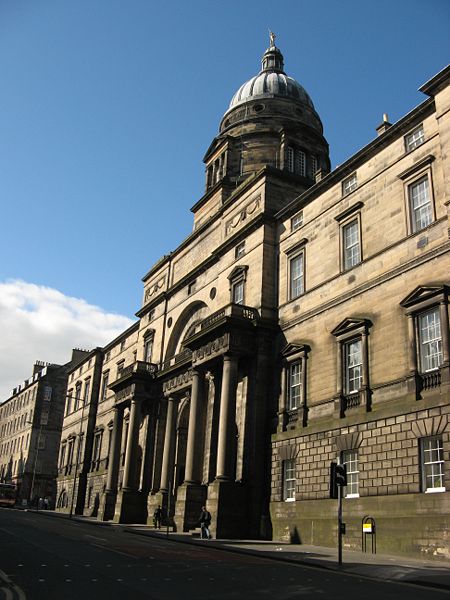 Meanwhile, the Palladianism launched by Lord Burlington had spread overseas to the American Colonies, where it became known as the Georgian style. An example of great distinction is Thomas Jefferson's house, Monticello (figs. 875 and 876). Built of brick with wood trim, it is not so doctrinaire in design as Chiswick House. (Note the less compact plan and the numerous windows.) Instead of using the Corinthian order, Jefferson (1743-1826) chose the Roman Doric, which Adam had helped to legitimize as an alternative to the stark simplicity favored by Lord Burlington, although the late eighteenth century came to favor the heavier and more austere Greek Doric. 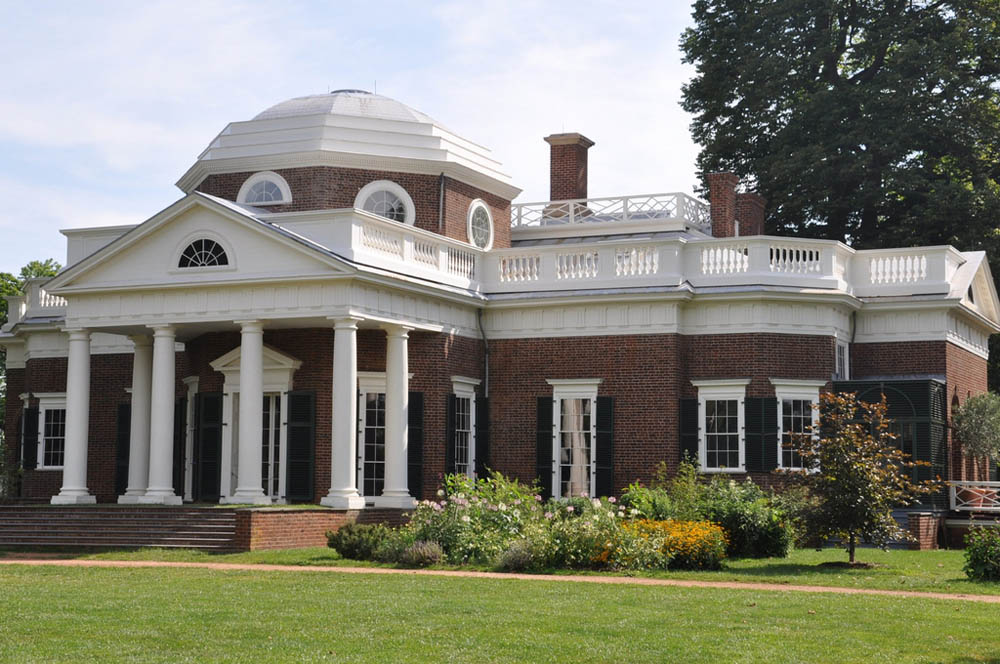