The Burghers of Calais

Les Bourgeois de Calais is one of the most famous sculptures by Auguste Rodin, completed in 1889. It serves as a monument to an occurrence in 1347 during the Hundred Years' War, when Calais, an important French port on the English Channel, was under siege by the English for over a year.

History
The story goes that England's Edward III, after a victory in the Battle of Crécy, laid siege to Calais, while Philip VI of France ordered the city to hold out at all costs. Philip failed to lift the siege, and starvation eventually forced the city to parley for surrender.

Edward offered to spare the people of the city if any six of its top leaders would surrender themselves to him, presumably to be executed. Edward demanded that they walk out almost naked, wearing nooses around their necks, and carrying the keys to the city and castle. One of the wealthiest of the town leaders, Eustache de Saint Pierre, volunteered first, and five other burghers soon followed suit, stripping down to their breeches. Saint Pierre led this envoy of emaciated volunteers to the city gates. It was this moment, and this poignant mix of defeat, heroic self-sacrifice, and willingness to face imminent death that Rodin captured in his sculpture, scaled somewhat larger than life.

In history, though the burghers expected to be executed, their lives were spared by the intervention of England's Queen, Philippa of Hainault, who persuaded her husband to exercise mercy by claiming that their deaths would be a bad omen for her unborn child. 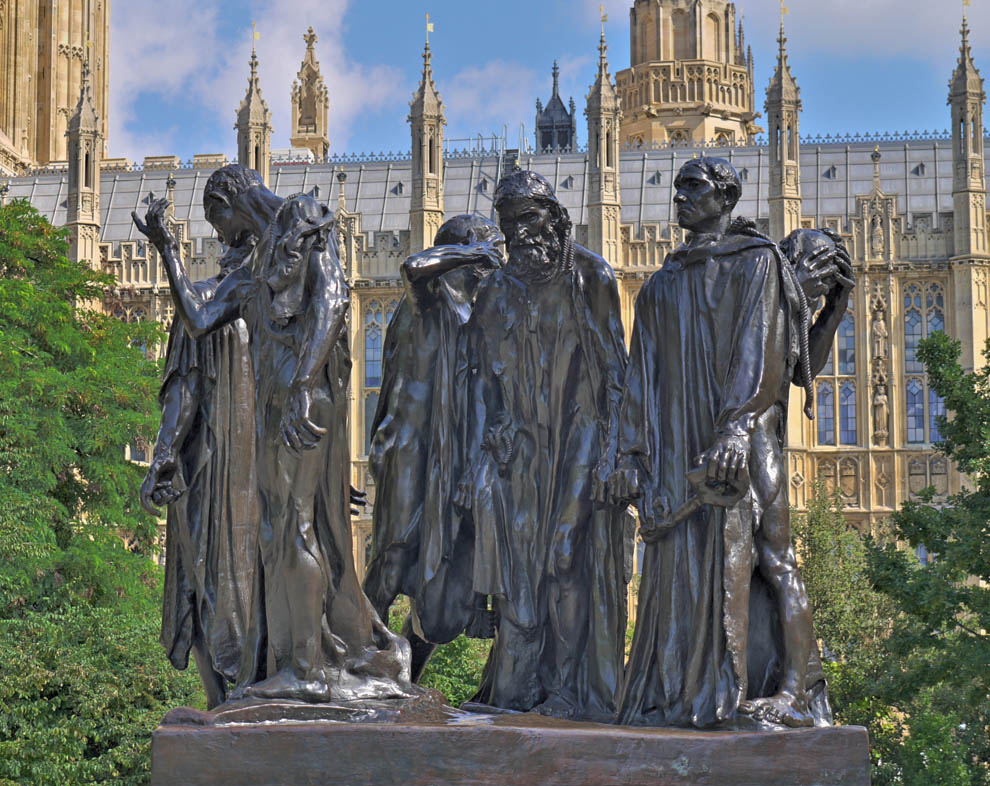 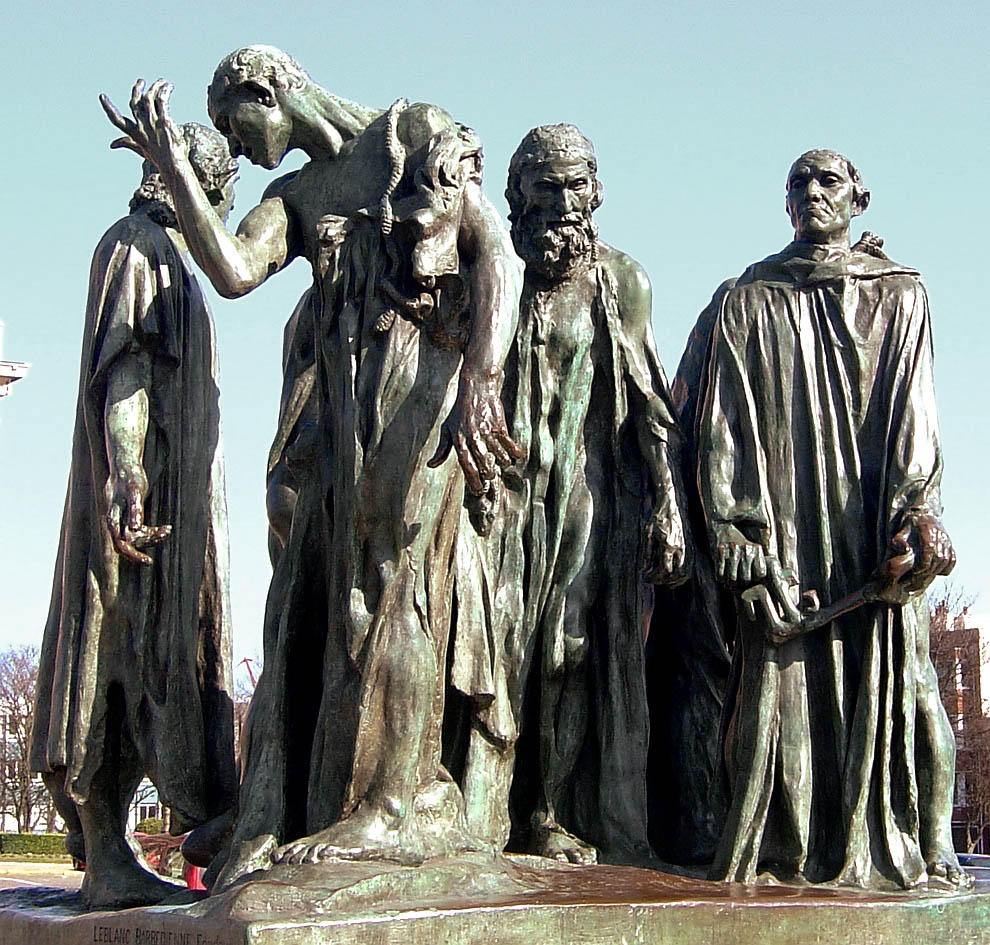 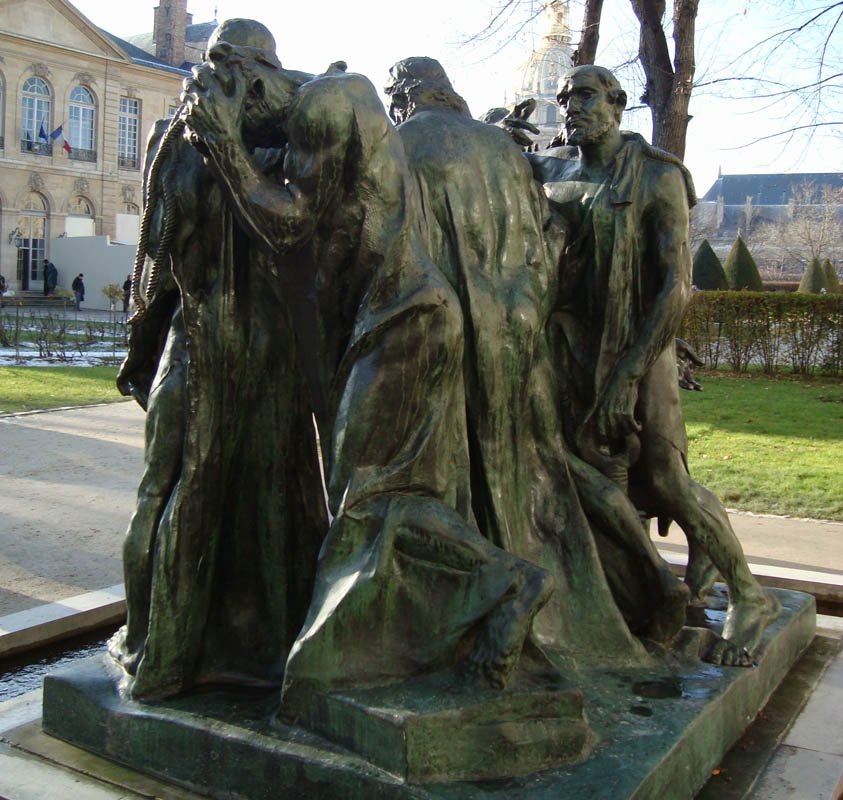 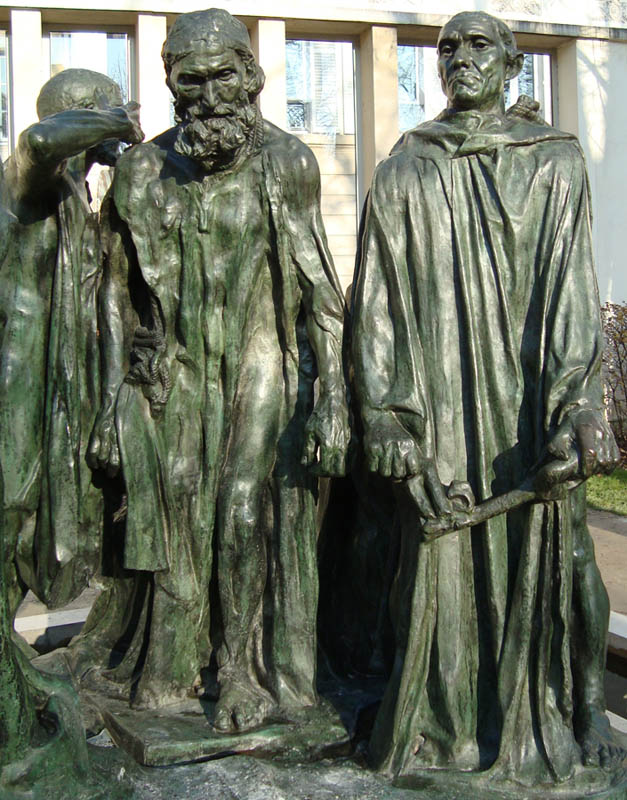 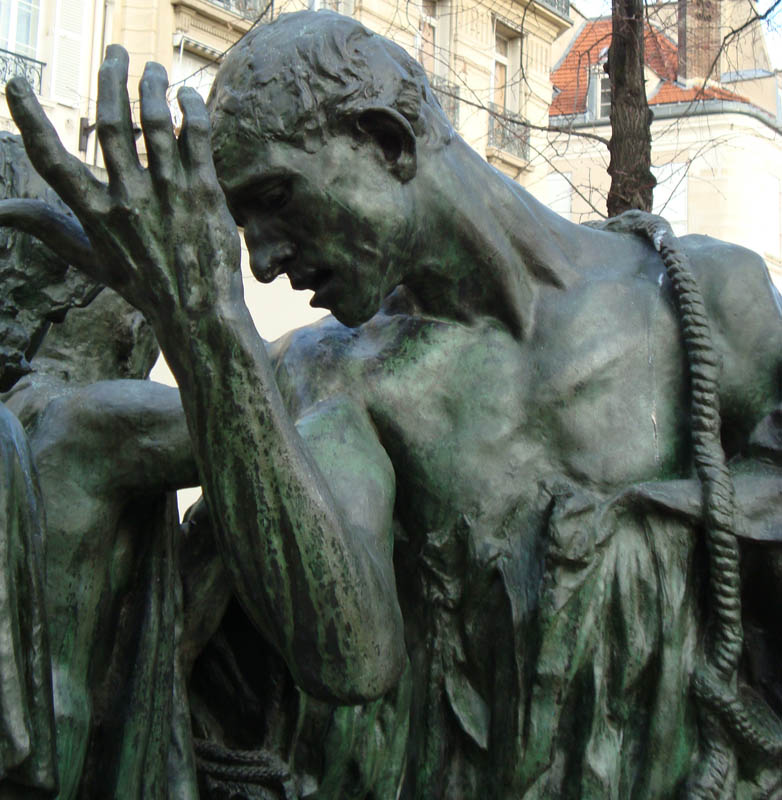 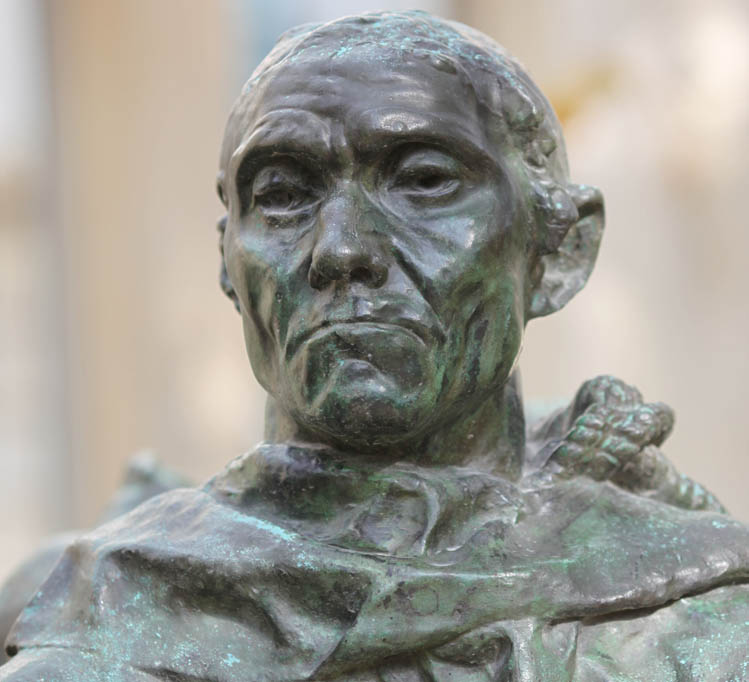 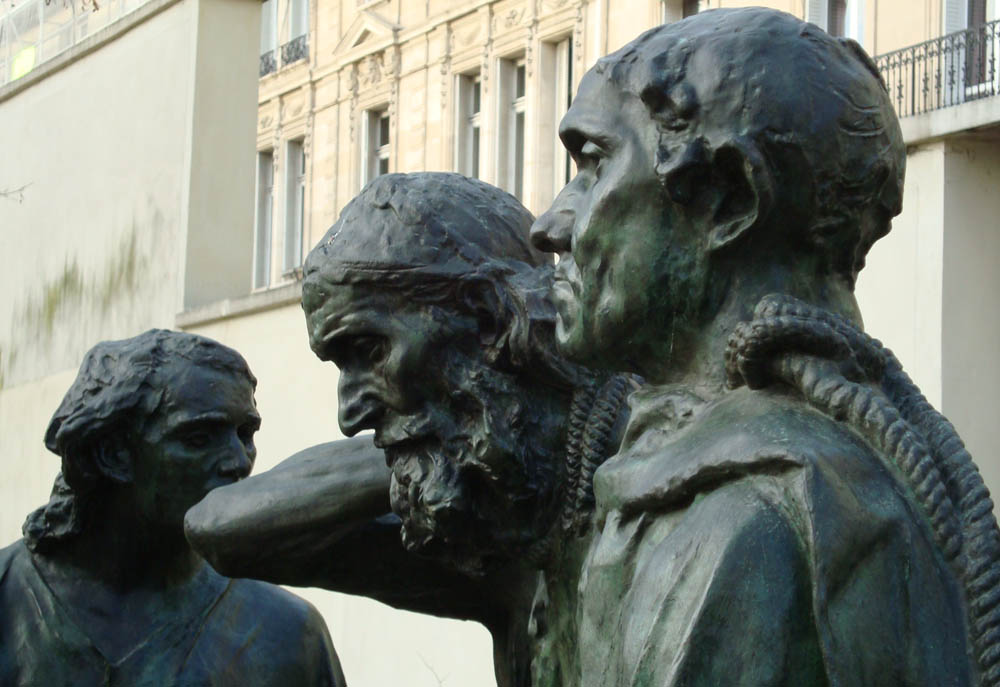 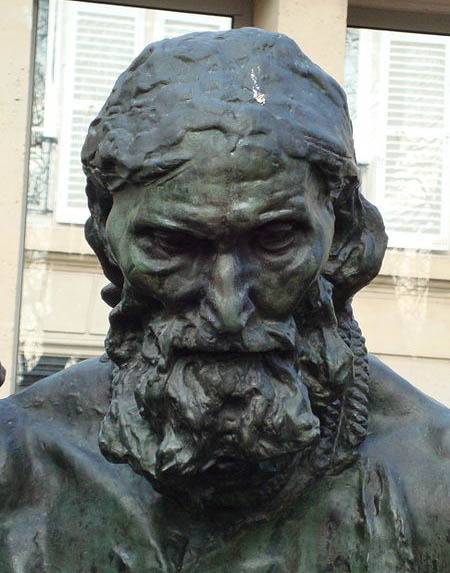 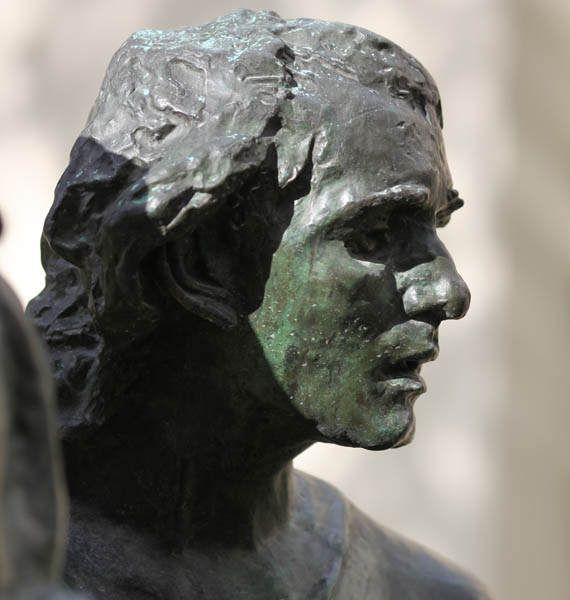 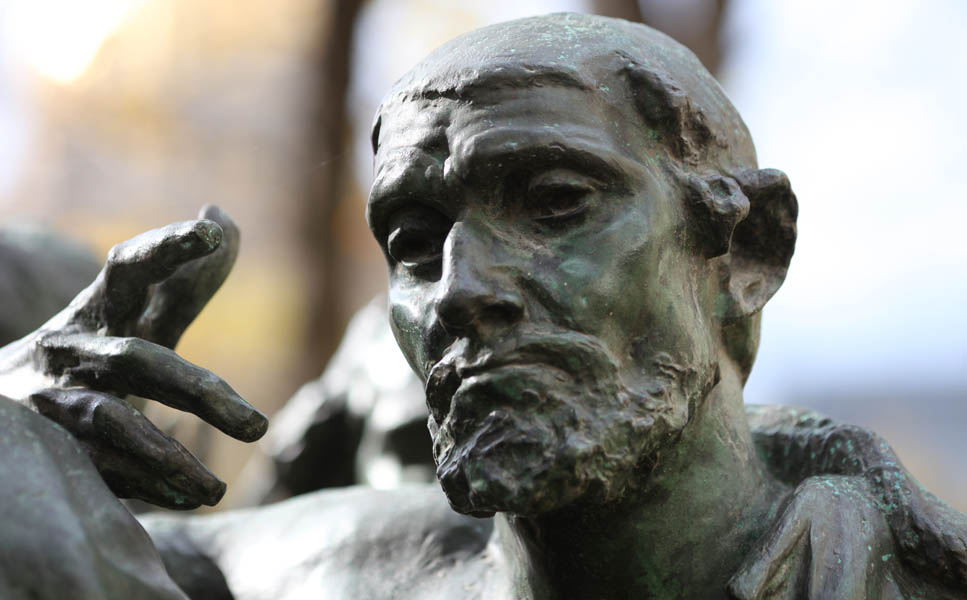 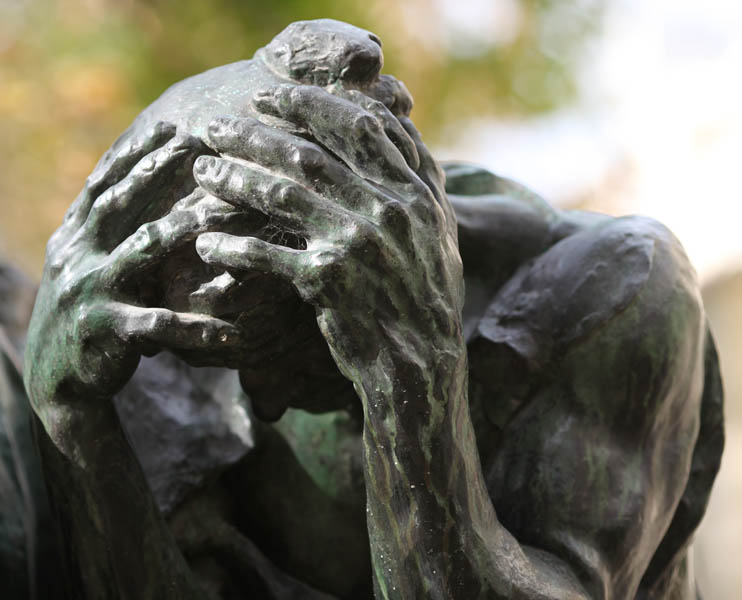 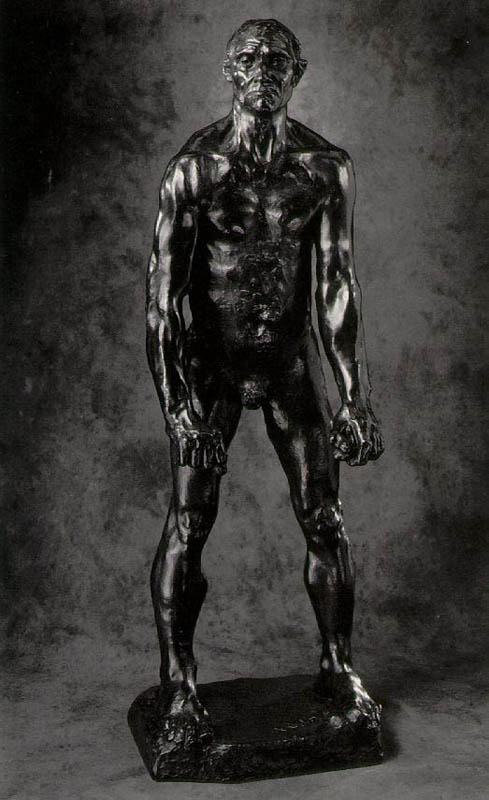 Figure from The Burghers of Calais 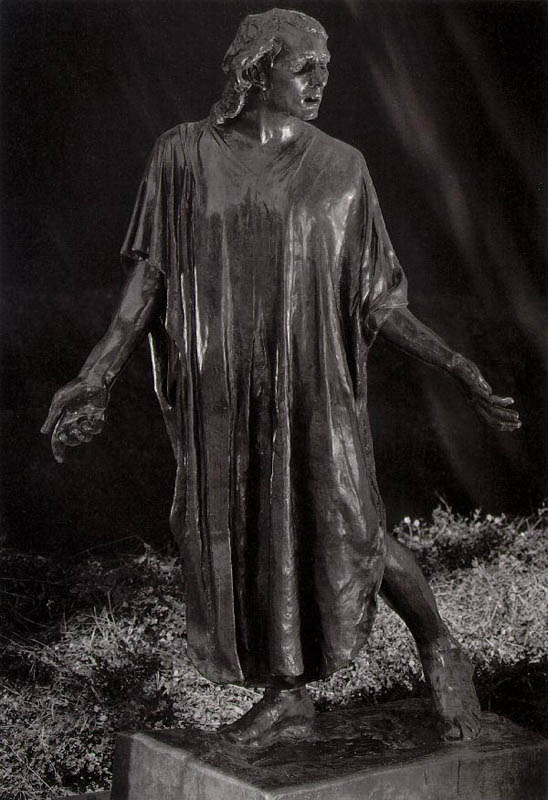 Figure from The Burghers of Calais

Heads from The Burghers of Calais 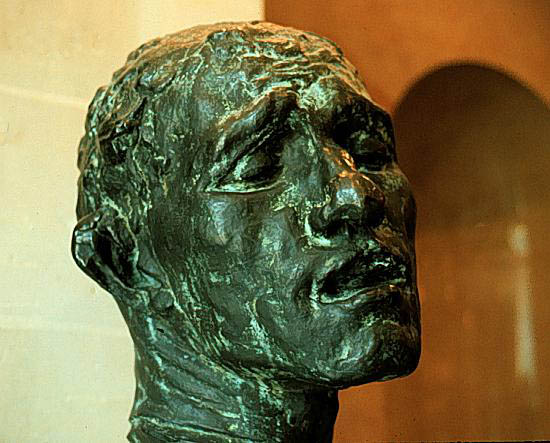 Head from The Burghers of Calais