It is significant of the fundamental difference between painting and modeling that only Edgar Degas among the Impressionists tried his hand at sculpture, producing dozens of small-scale wax figurines that explore the same themes as his paintings and drawings. These are private works made for his own interest; few of them were exhibited during the artist's lifetime, and none were cast until after his death in this century. During the 1870s, there was a growing taste for casts made from artists' working models, reflecting the same appreciation for the qualities of spontaneity and inspiration found in drawings and oil sketches, which had long appealed to collectors. For the first time sculptors felt emboldened to violate time-honored standards of naturalism and craftsmanship for statuettes, and to leave the impress of their fingers on the soft material as they molded it. Nevertheless, when Degas showed the wax original of The Little Fourteen-Year-Old Dancer at the Impressionist exhibitions of

1880 and 1881, the public was scandalized by its lack of traditional finish and uncompromising adherence to unvarnished truth, although the response from critics was less harsh. The sculpture, reproduced here in a posthumous cast (fig. 974), is nearly as rough in texture as the slightly smaller nude study from life on which it is based.

Instead of sculpting her costume, Degas used real cotton and silk, a revolutionary idea for the time but something the Romantics, with their emphatic naturalism, must often have felt tempted to do. Degas was intrigued by the tension between the concrete surface and the abstract but powerfully directional forces beneath it. The ungainliness of the young adolescent's body is subtly emphasized by her pose, that of a dancer at "stage rest," which becomes in his hands an extremely stressful one, so full of sharply contrasting angles that no dancer could maintain it for more than a few moments. Yet, rather than awkwardness, the statuette conveys a simple dignity and grace that are irresistible. The openness of the stance, with hands clasped behind the back and legs pointing in opposite directions, demands that we walk around the dancer to arrive at a complete image of it. As we view the sculpture from different angles, the surface provides a constantly shifting impression of light comparable to that in Degas' numerous paintings and pastels of the ballet (compare fig. 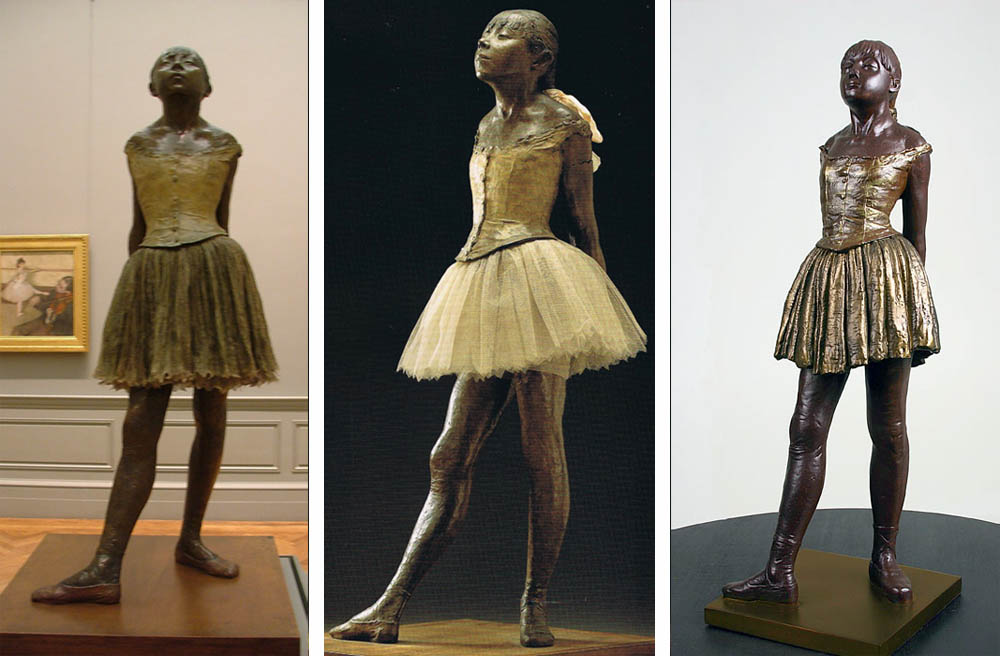 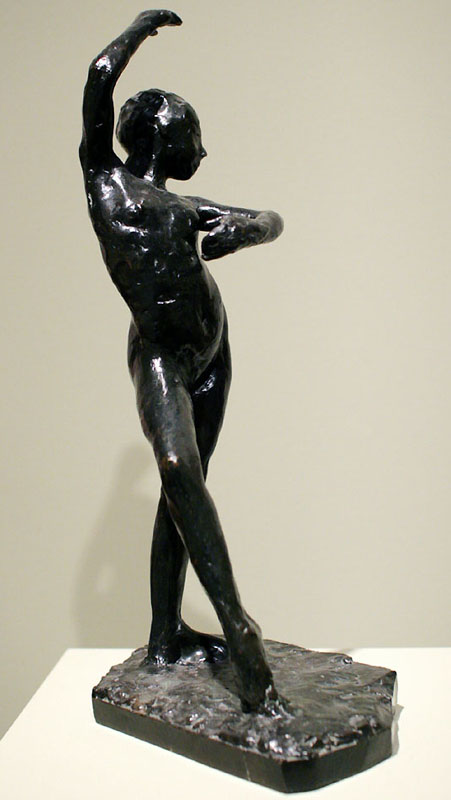 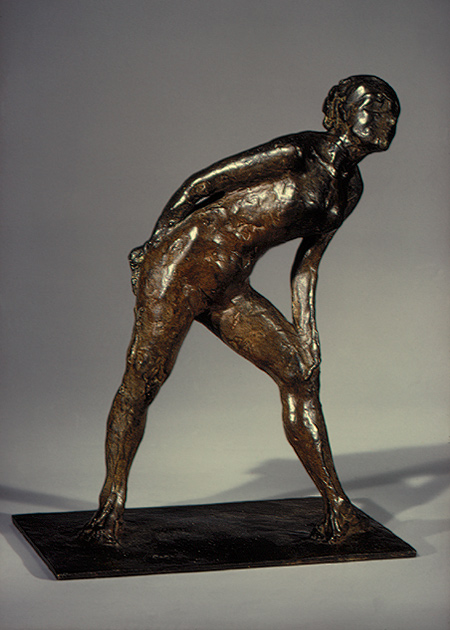 Edgar Degas. Dancer in the Role of Harlequin 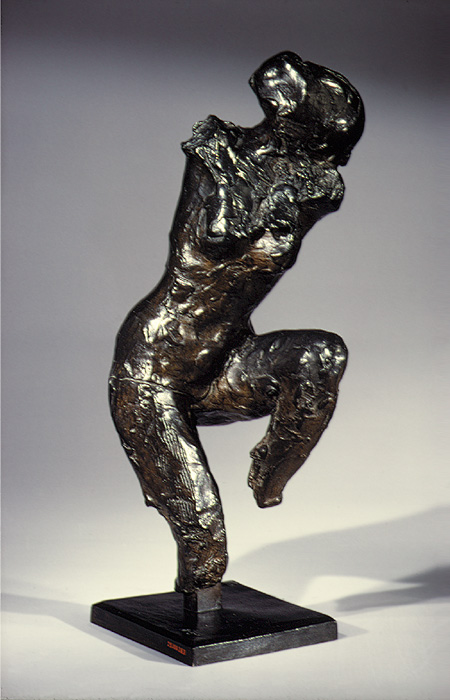 Edgar Degas. Woman Getting Out of the Bath 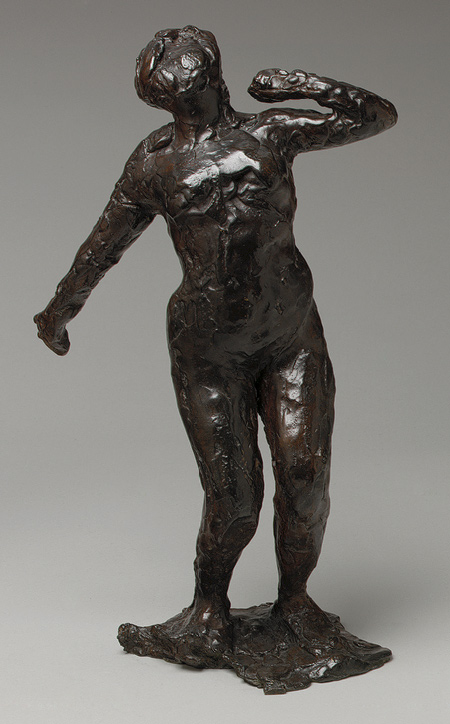 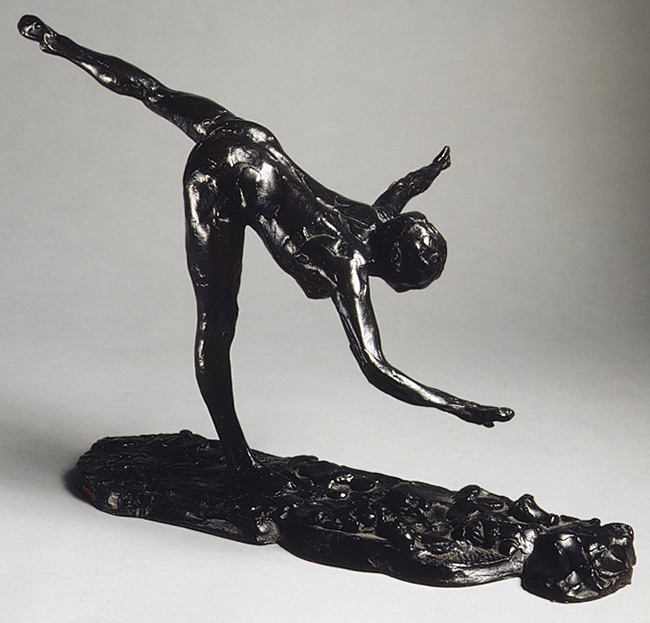 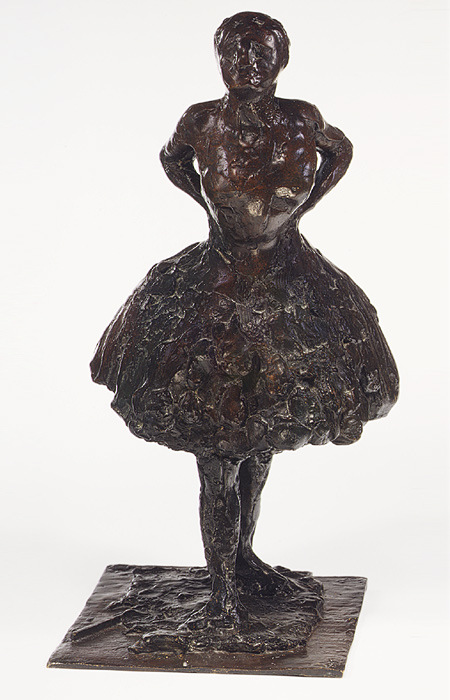 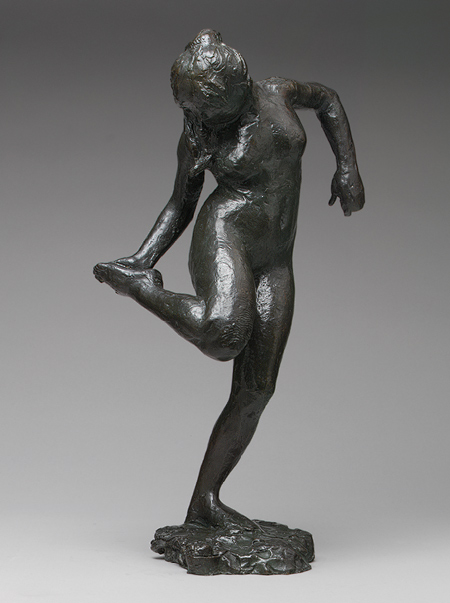 Edgar Degas. Dancer Looking at the Sole of Her Right Foot 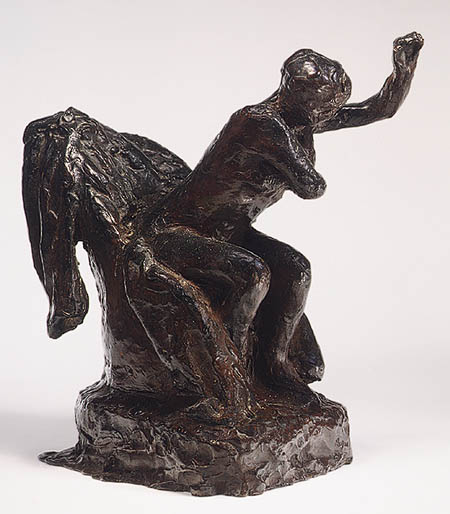 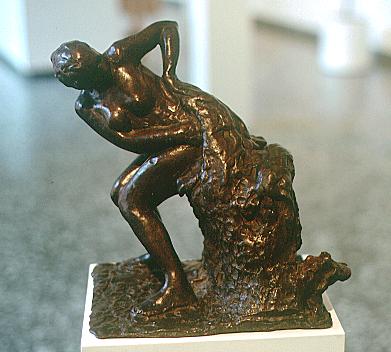 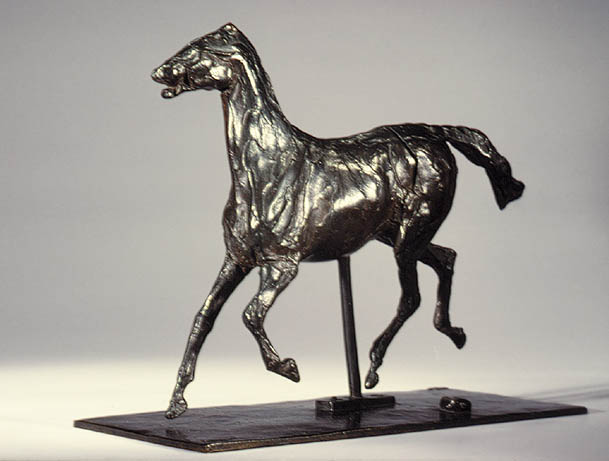 Edgar Degas. Horse Trotting, the Feet Not Touching the Ground 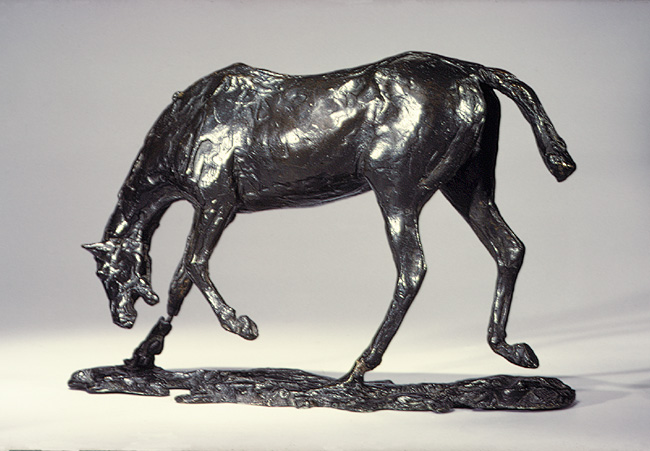