If Maillol sought to transcend his epoch, the Belgian Constantin Meunier

(1831-1905) was thoroughly immersed in it. Politically and socially, Belgium exemplified all the tensions of the later nineteenth century: a conservative government, insensitive to the extremes of wealth and poverty in the country, seemed determined to suppress all protest or attempts at reform. The workers' movement had a late start in such a setting; it was not until 1885 that labor unions were strong enough to found the Belgian Workers' Party. By that time, many writers and artists had become partisans of social reform. Meunier began as a painter but soon began to model in clay. From 1885 until the end of his life, his output consisted almost entirely of sculpture. The change was surely motivated by his search for a more "heroic" medium. The heroism of labor, its pride and its pathos, was to be his theme as a sculptor. He treated it with a solemnity carried over from his earlier religious subjects—a concern that he shared with Vincent van Gogh, who had an unforgettable experience of human misery in the mining district of Belgium. His lifesize Bust of a Puddler (fig. 1010) has an air of pathos, of noble suffering such as befits a "martyr of labor." It also betrays Meunier's considerable debt to Rodin, for whom he always expressed the greatest admiration. 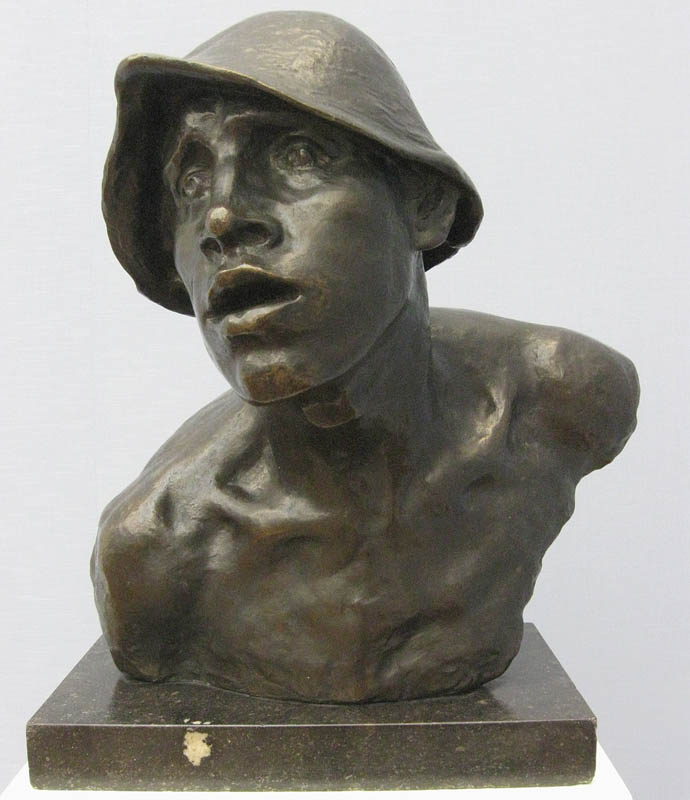 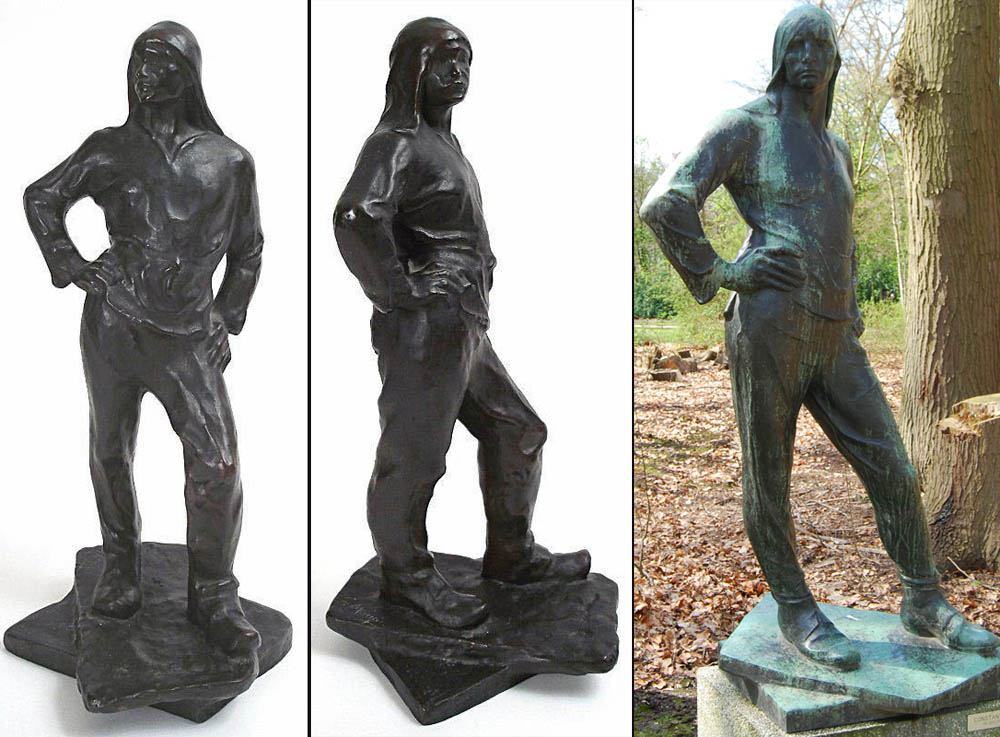 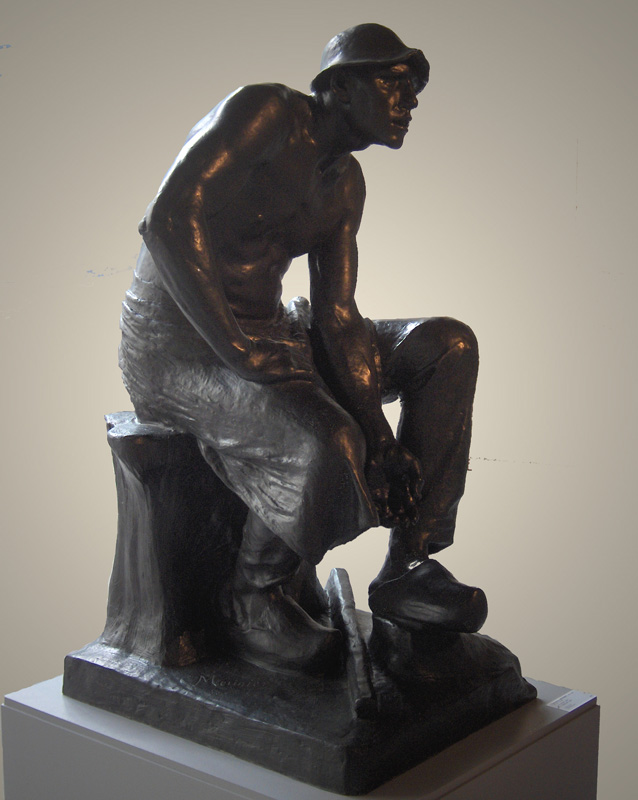 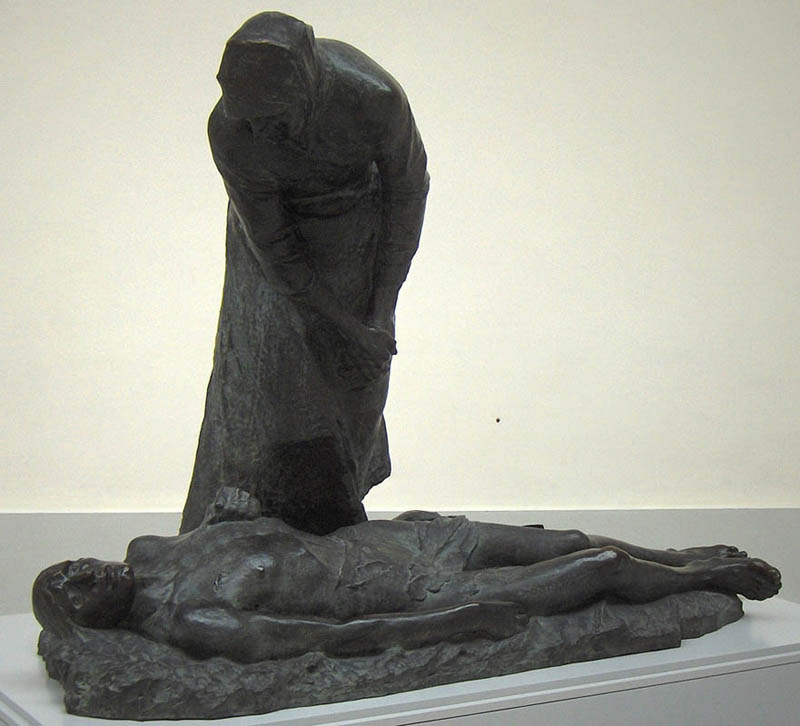 Constantin Meunier. The damp explosion; a mother discovers her son among the dead"
1889
Royal Museum of Fine Arts, Brussels, Belgium 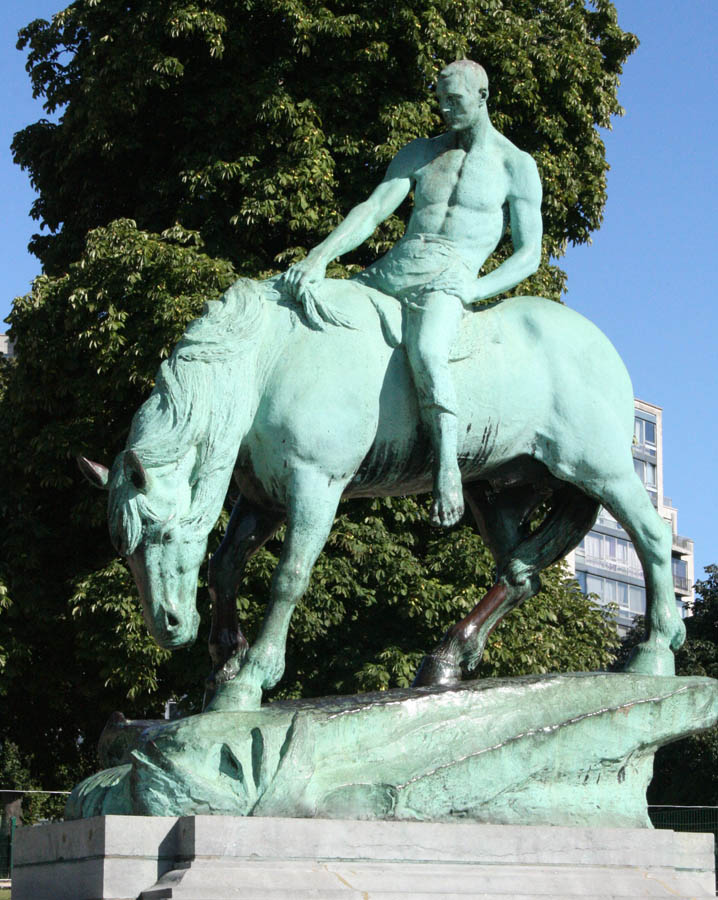 Constantin Meunier. The Horse at the Pond. 1899 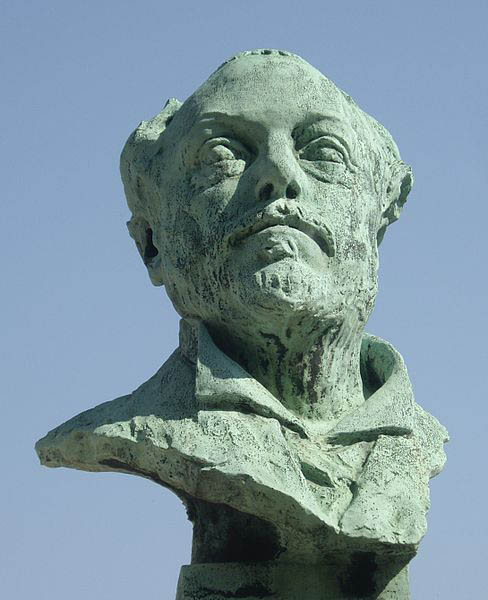 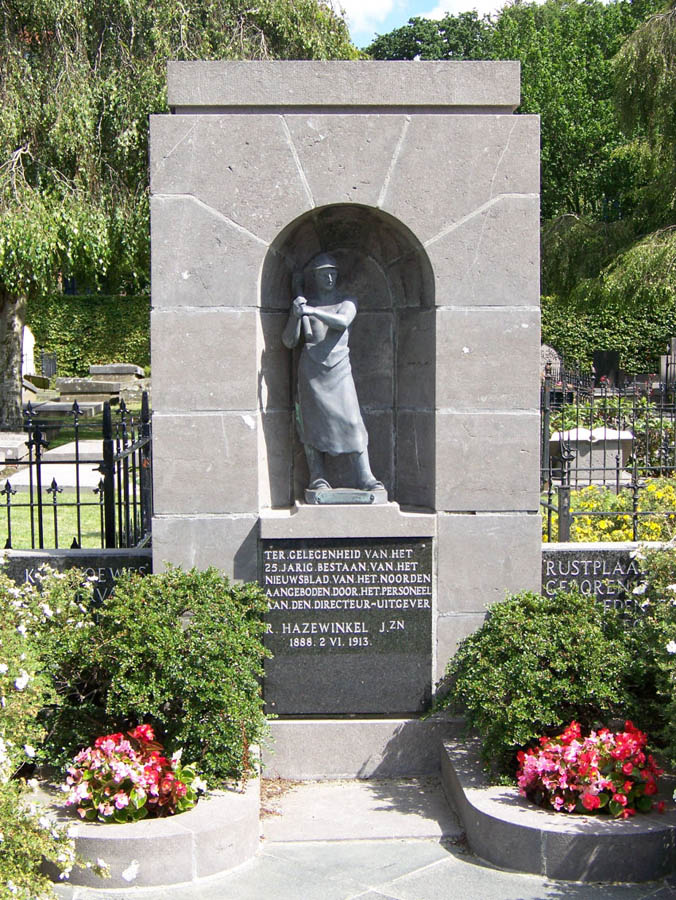 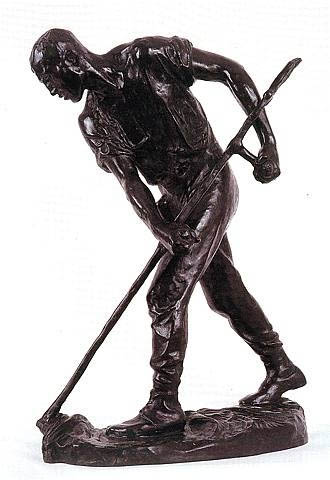 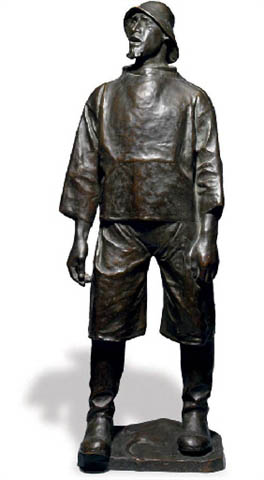 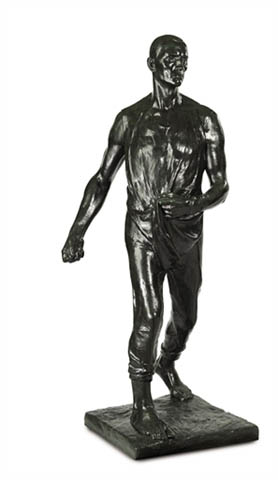 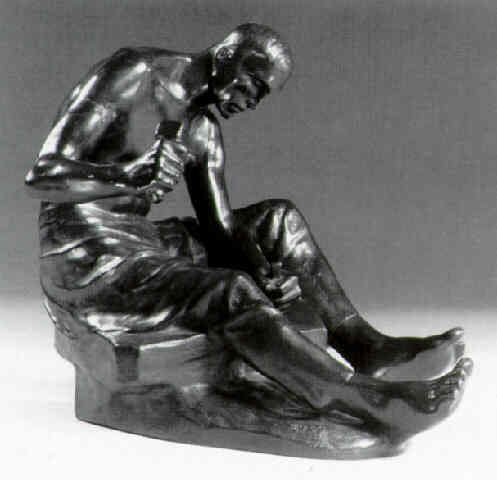 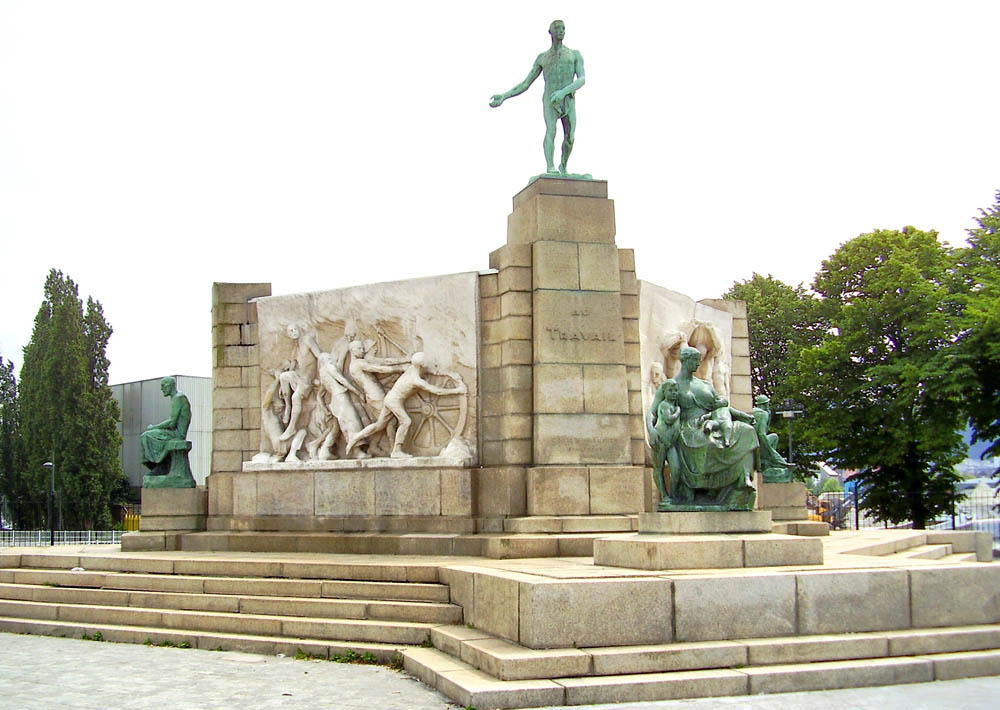 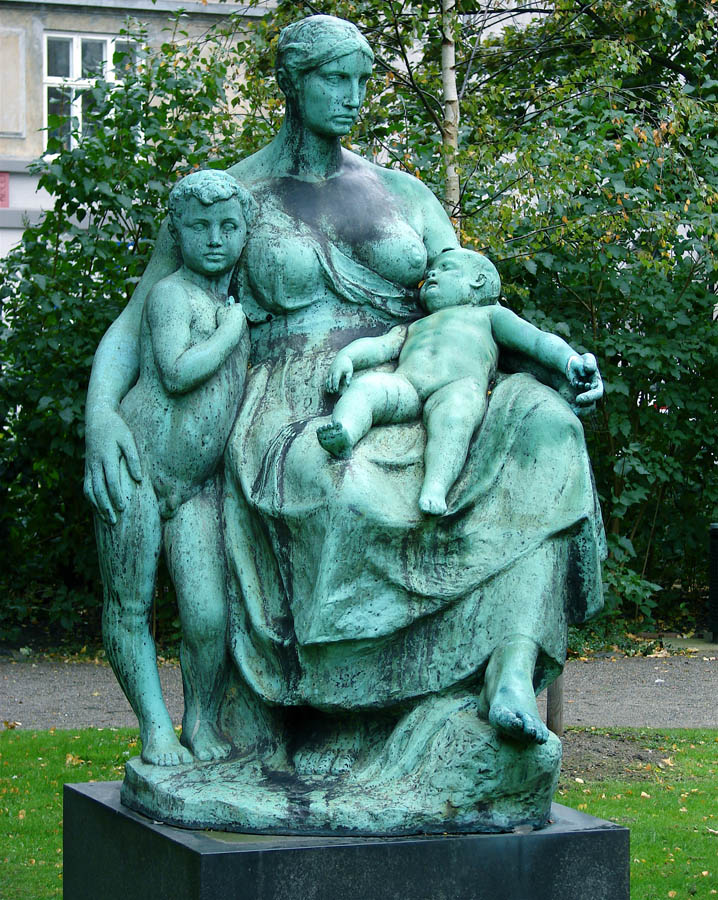 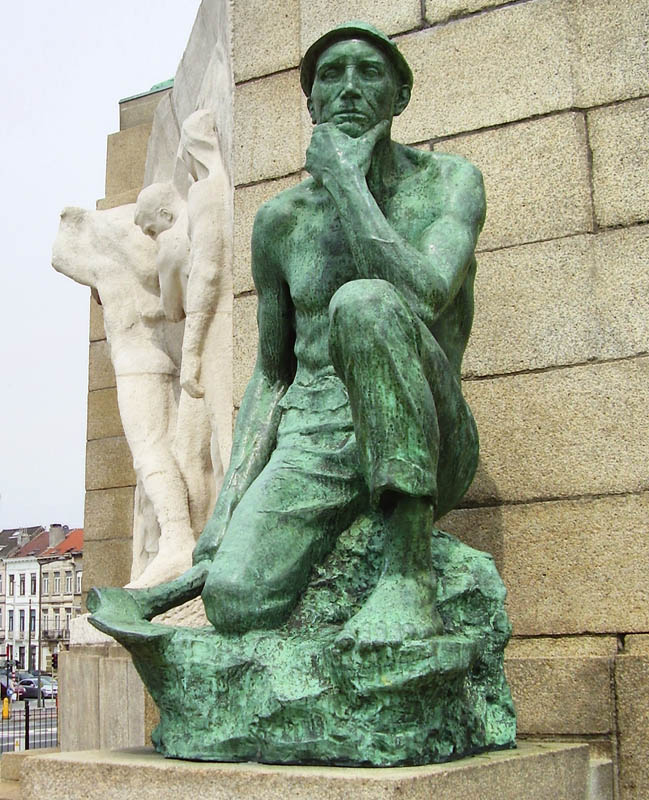 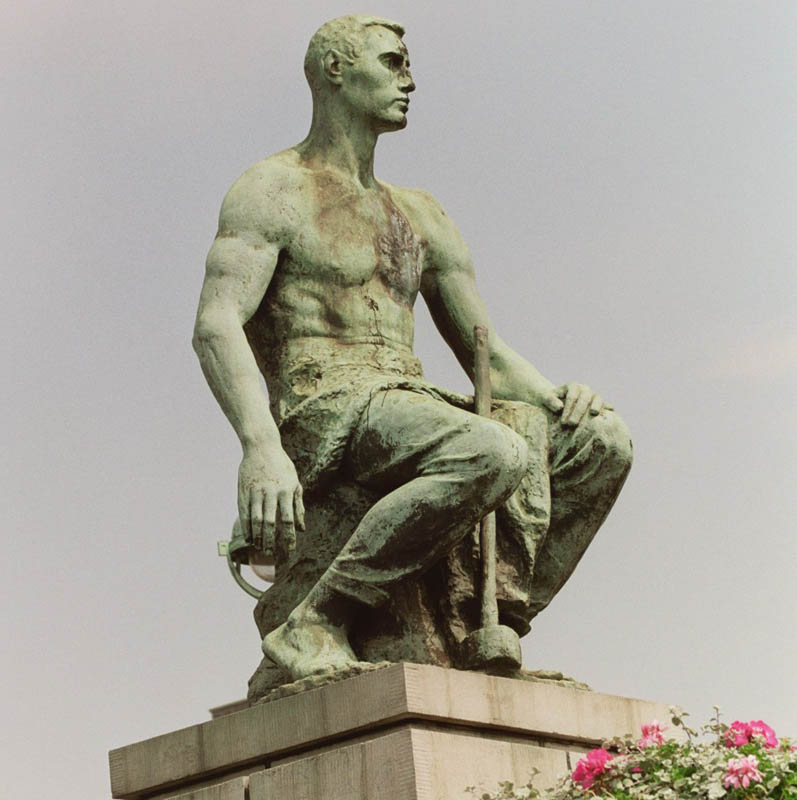 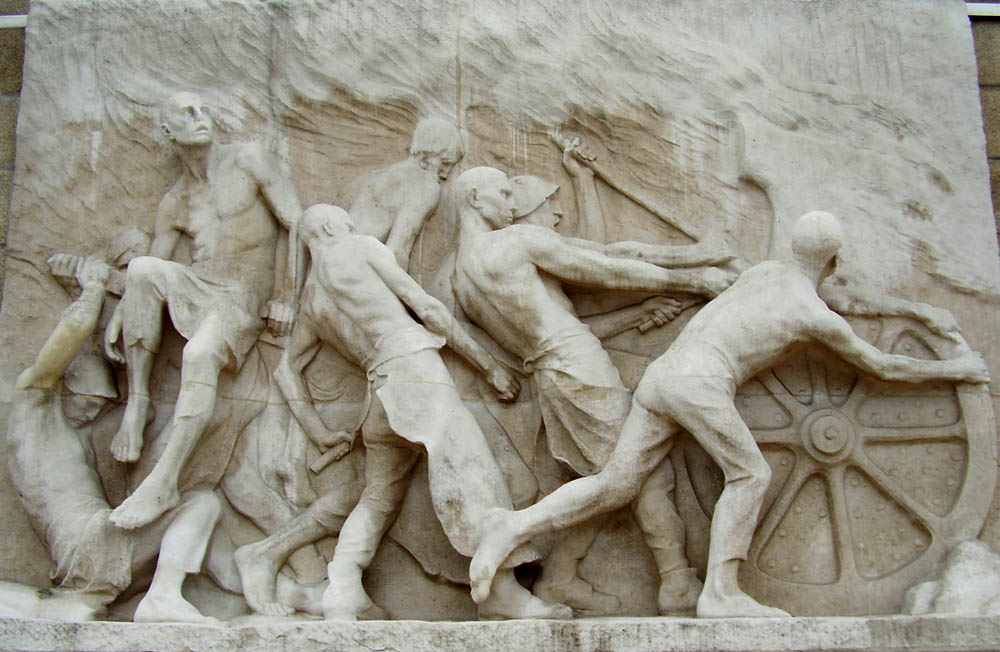