Ernst Barlach (1870-1938), another important German sculptor who reached maturity in the years before World War I, seems the very opposite of Lehmbruck. He is a "Gothic primitivist," and more akin to Munch than to the Western Symbolist tradition. What Gauguin had experienced in Brittany and the tropics, Barlach found by going to Russia: the simple humanity of a preindustrial age. His figures, such as Man Drawing a Sword (fig. 1013), embody elementary emotions—wrath, fear, grief—that seem imposed upon them by-invisible presences. When they act, they are like somnambulists, unaware of their own impulses. Human beings, to Barlach, are humble creatures at the mercy of forces beyond their control; they are never masters of their fate. Characteristically, these figures do not fully emerge from the material substance (often, as here, a massive block of wood) of which they are made. Their clothing is like a hard chrysalis that hides the body, as in medieval sculpture. Barlach's art has a range that is severely restricted in both form and emotion, yet its mute intensity within these limits is not easily forgotten. 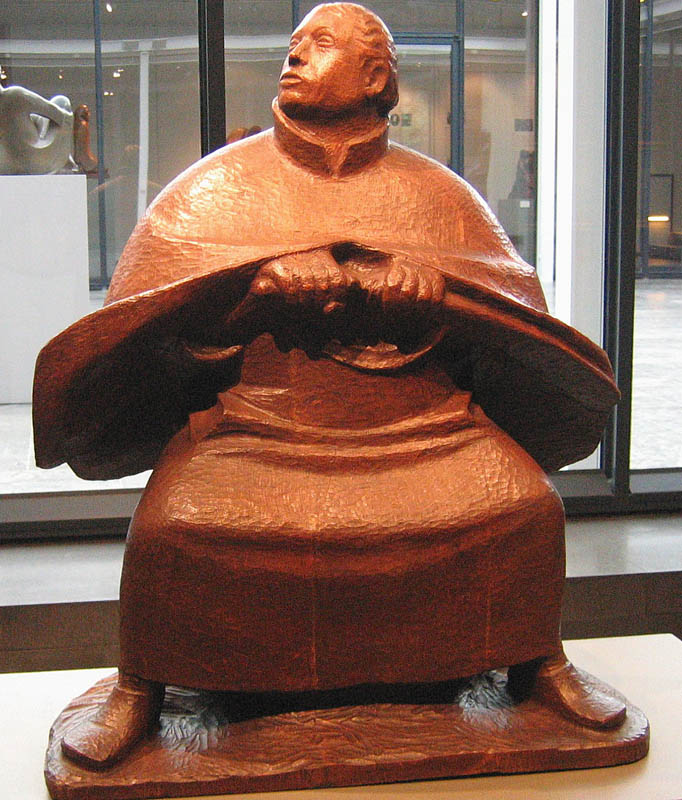 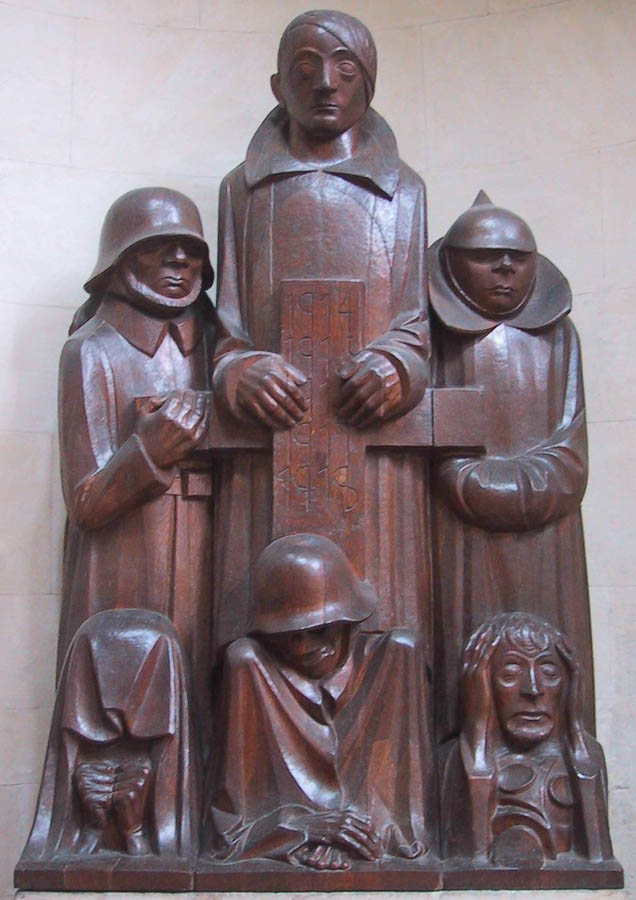 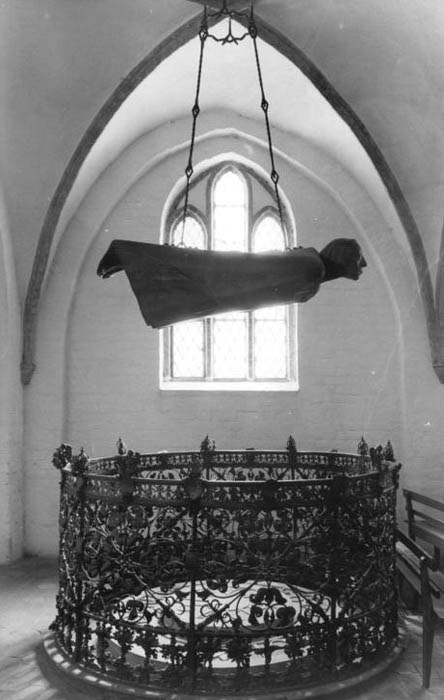 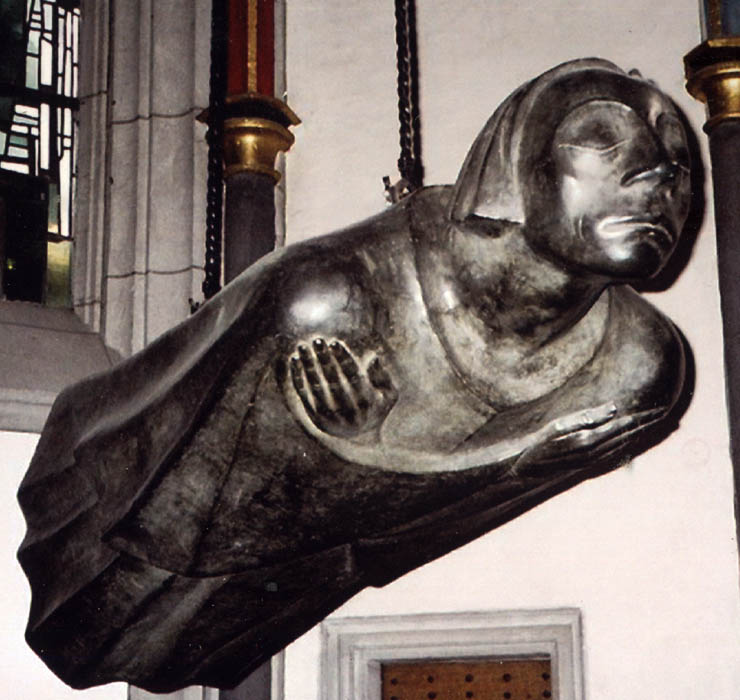 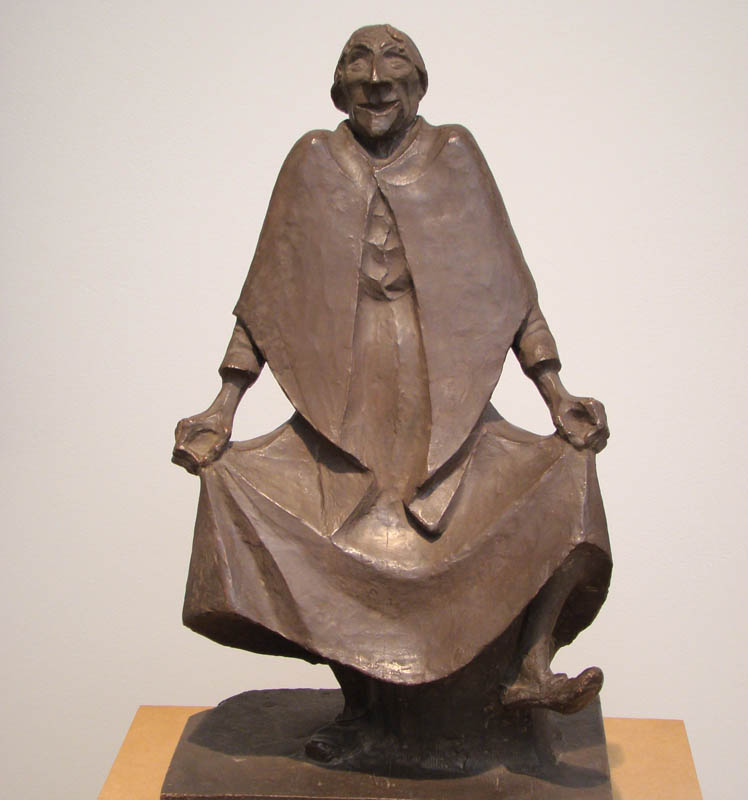 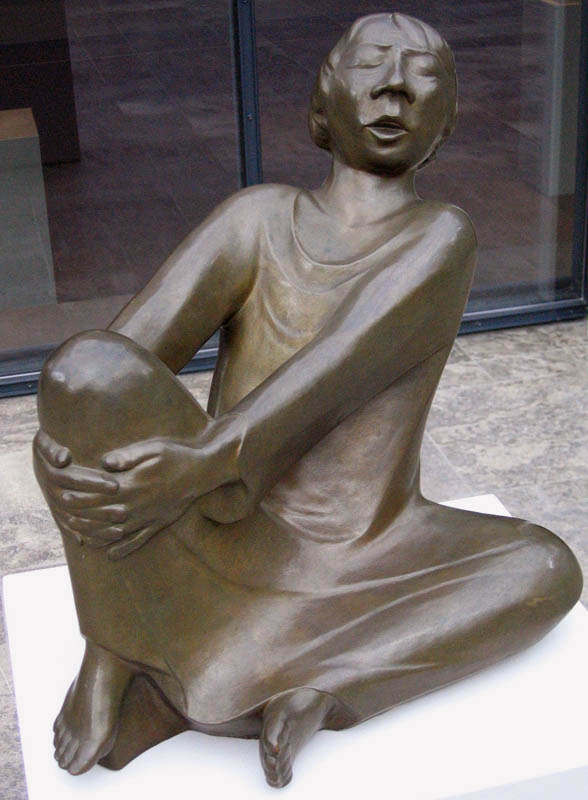 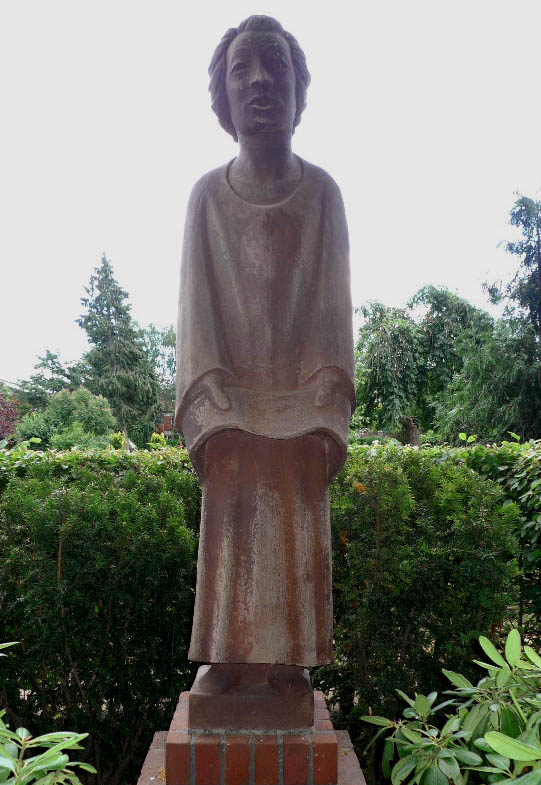 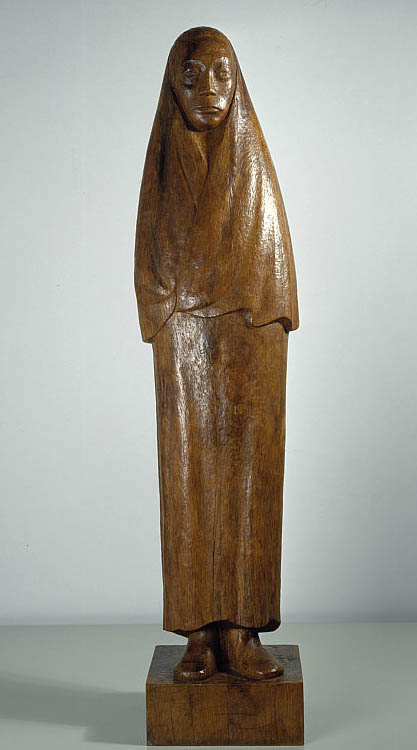 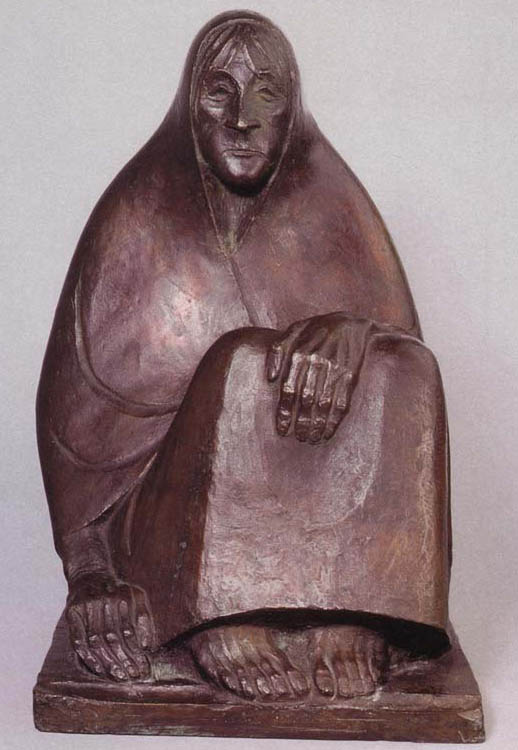 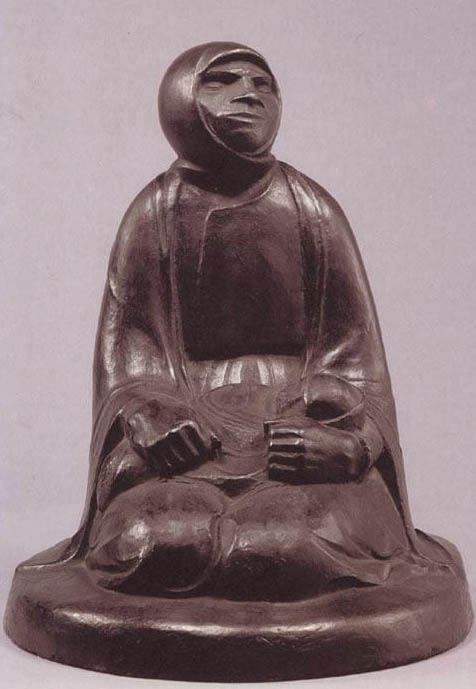 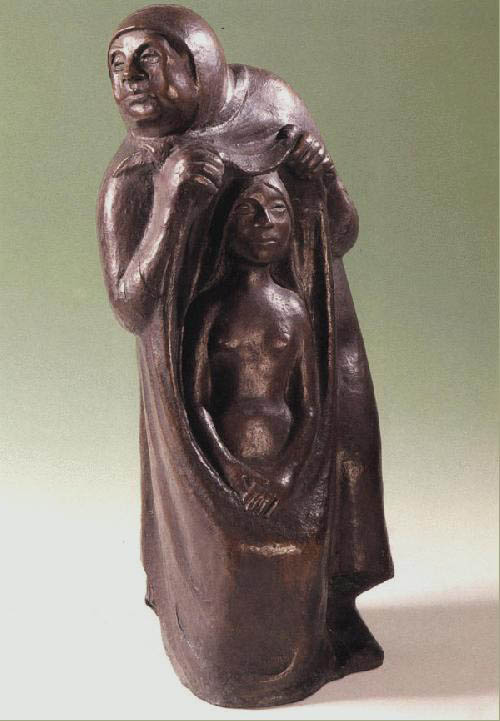 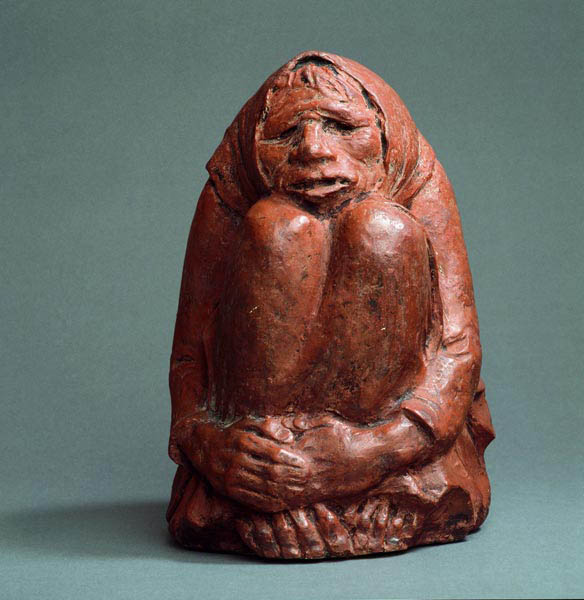 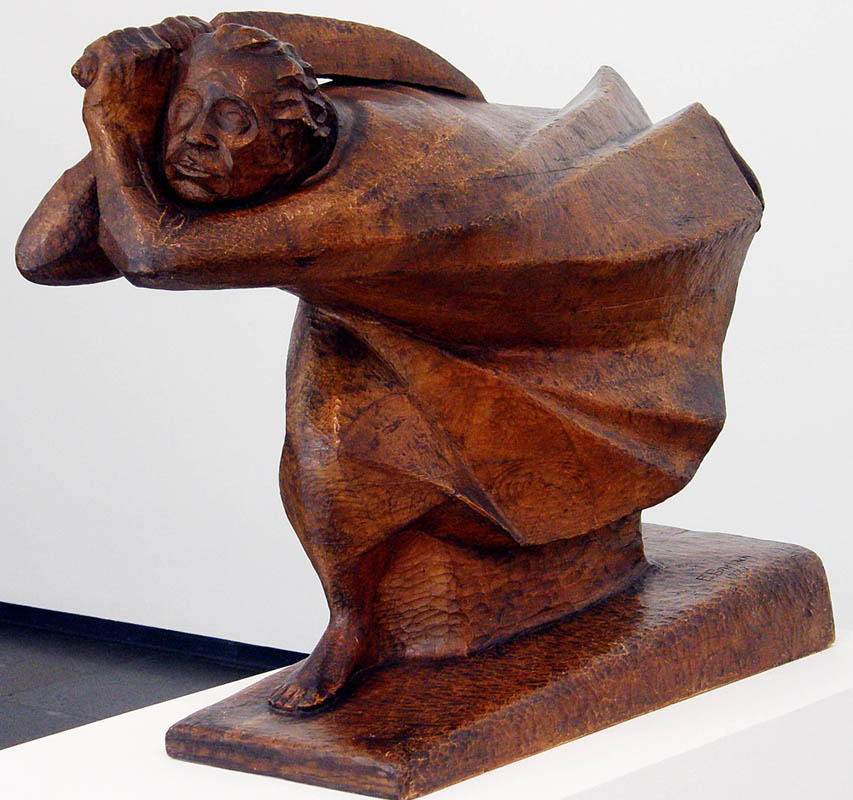 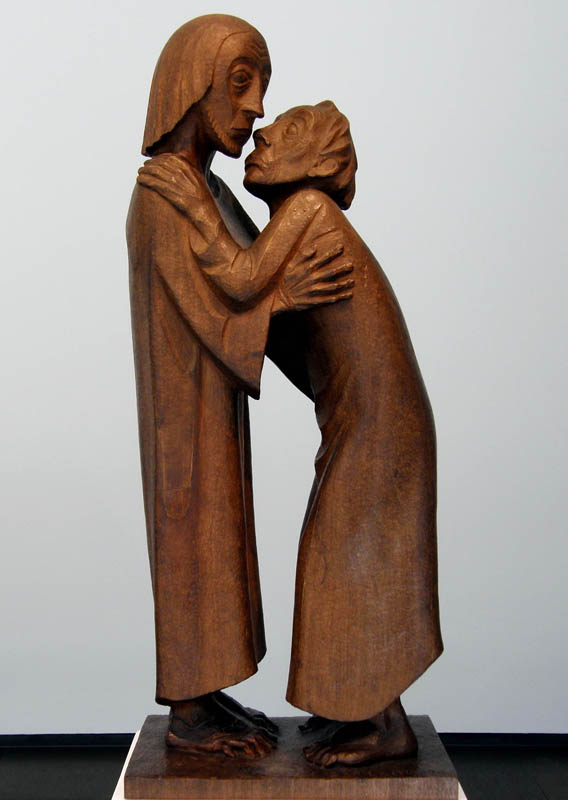 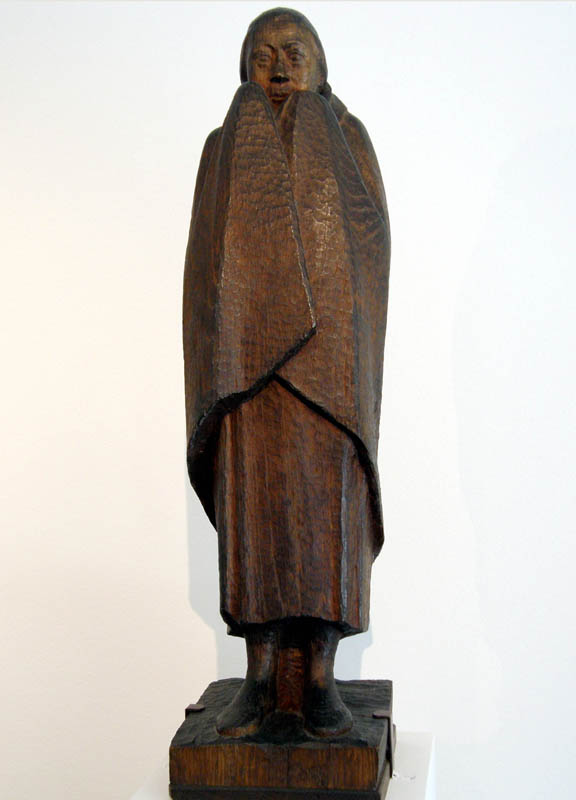 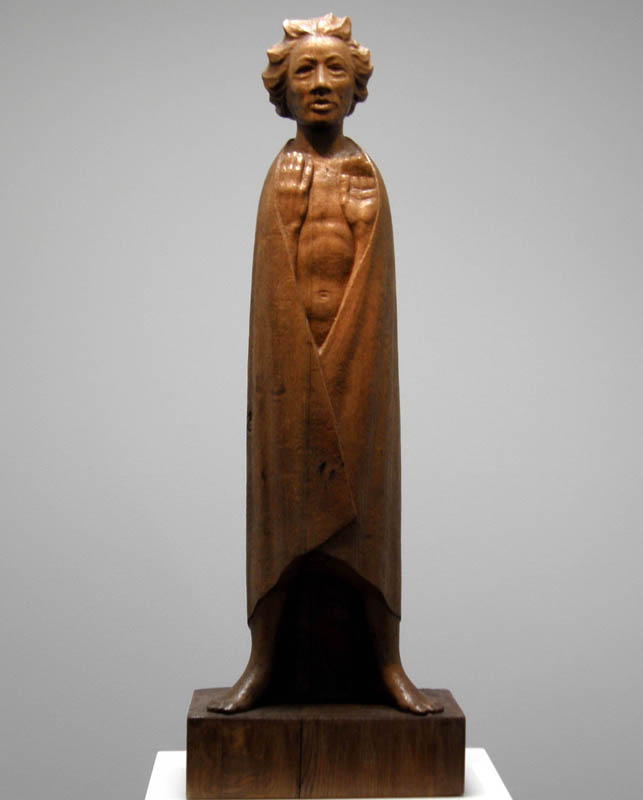 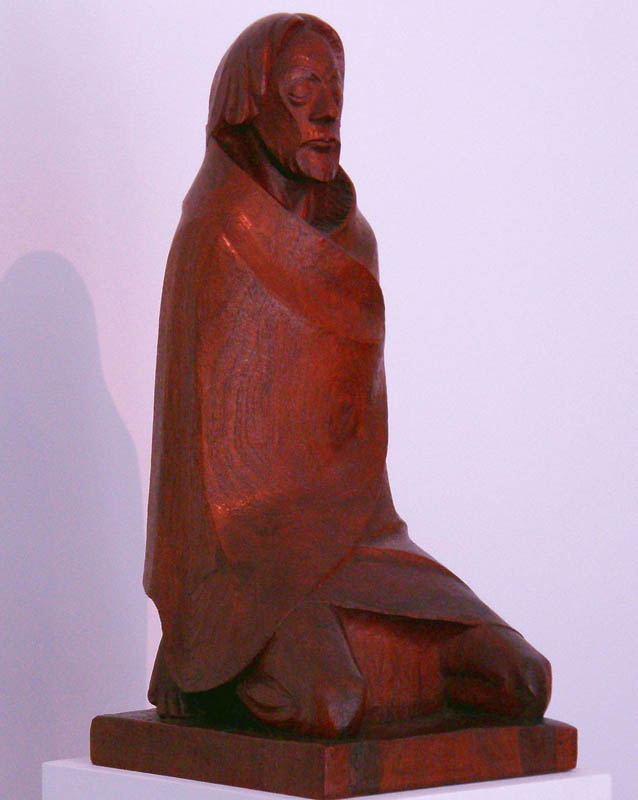 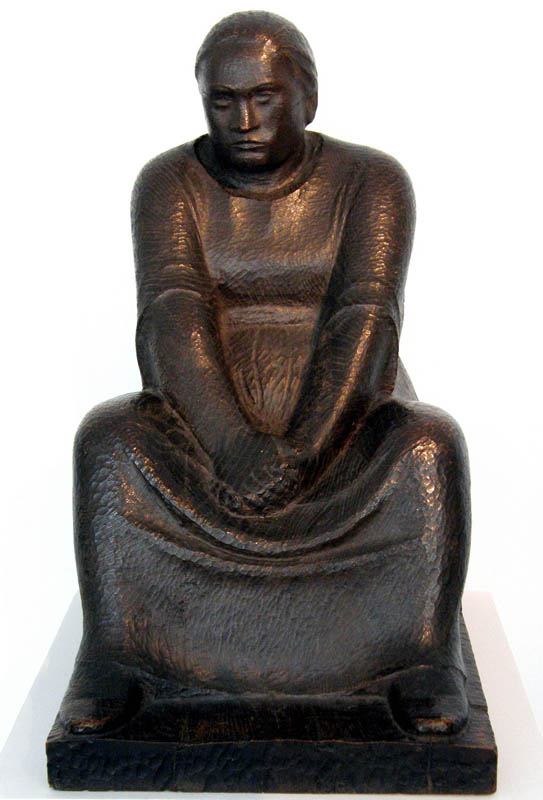